An AgResearch project that has improved the accuracy of calculating greenhouse emissions from New Zealand farms has won top honours at this year’s Science New Zealand Awards. The project edged out 23 other finalists – both teams and individuals - to be chosen as the Supreme Winner of the 2022 awards at Parliament this week.

The Team’s work has resulted in major reductions to previous estimates of emissions: the nitrous oxide figure more than halved and the methane emissions figure was cut by about one third.

New Zealand has an international obligation to report progress on its GHG emissions and setting an appropriate baseline is crucial.

The Team’s work illustrated the value of research that is useful, usable and used, the Chief Executive of Science New Zealand Anthony Scott said.

‘’The Team’s work has far-reaching impacts on a number of sectors across New Zealand as well as helping shape economic and policy settings both domestically and internationally,’’ Scott said.

The Team has been essential in developing GHG reduction strategies acceptable to both government and the agricultural sector.

There were 23 other awards presented across three categories at the sixth annual Science New Zealand Awards this week. Categories are Early Career Researcher, Lifetime Achievement, and Team. The Awards celebrate and recognise outstanding achievements in science that benefits Aotearoa New Zealand.

Science New Zealand represents the seven Crown Research Institutes and Callaghan Innovation. The 24 awardees and their categories are as follows: 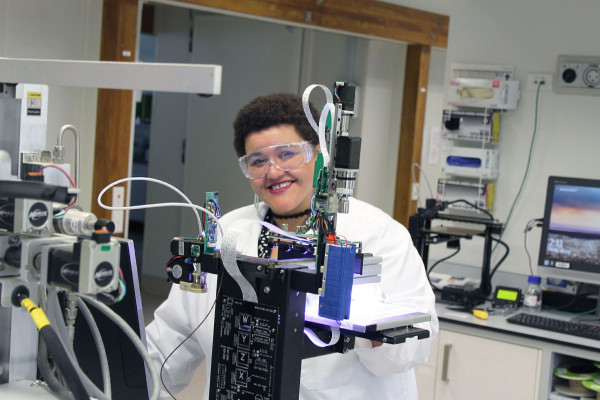 Angelique is a member of Scion’s Biopolymers and Chemicals team is renowned for her can-do attitude and her ability to successfully lead research projects through to commercial success. Angelique’s problem-solving skills, leadership and infectious enthusiasm make her a highly valued scientist at Scion. She is currently working with Auckland-based filament manufacturer Imagin Plastics to launch an innovative new product for home 3D printer users. 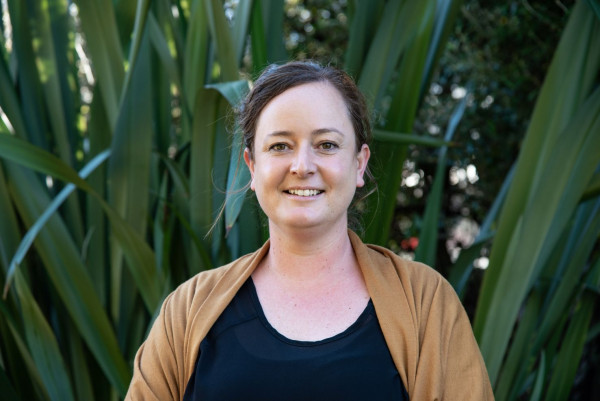 Rebecca is a scientist in Plant & Food Research’s Annual Crops Group. She focuses on how plants respond to environmental change across a season and over longer timescales. She also leads Plant & Food Research’s medicinal cannabis breeding and germplasm research and helps develop new potato varieties. She is also applying her postdoctoral discoveries in understanding dormancy and chilling in perennial fruit crops. 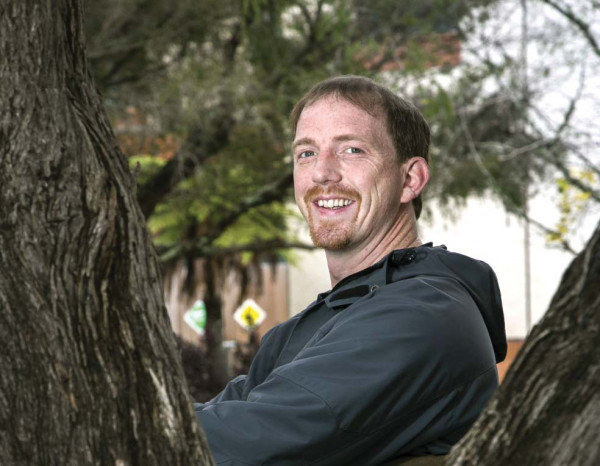 Patrick is a behavioural ecologist whose work increases the efficiency of controlling the predators of native bird species. He focuses on the role of smell in predator interactions and how this can be used in pest management. He has developed a highly effective, natural predator lure that sharply improves the efficiency of predator management programmes thereby improving the survival of native bird populations. 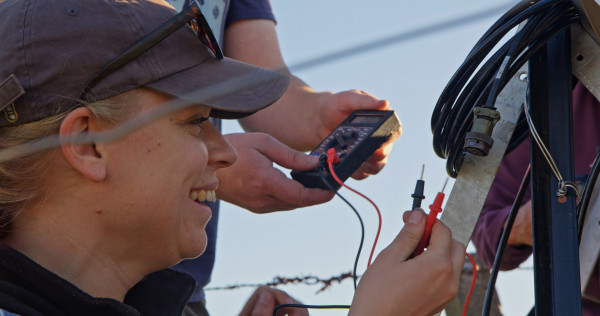 Emily undertakes large-scale investigations into plate boundary processes that have revealed new insights into the way large faults work. Her work has greatly improved the understanding of earthquake and slow-slip processes as well as the longer term tectonic forces that drive plate boundary evolution. Emily is known for organising large field deployments and collecting very high-quality data that is valued by the scientific community. 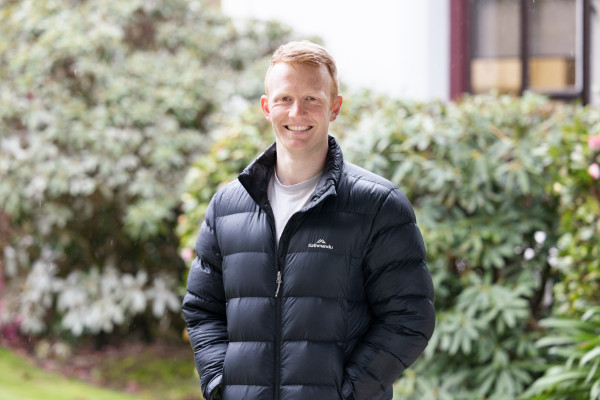 Katie is an expert in investigating the role of submarine canyons as a possible sink for carbon. This year she led a voyage that deployed benthic landers into the 3000m-deep Hikurangi Channel – the first time this has been done. They will sit on the seabed and measure various parameters for 12 months. This frontier science may ultimately transform our understanding of organic carbon budgets, from source to deep ocean sink. 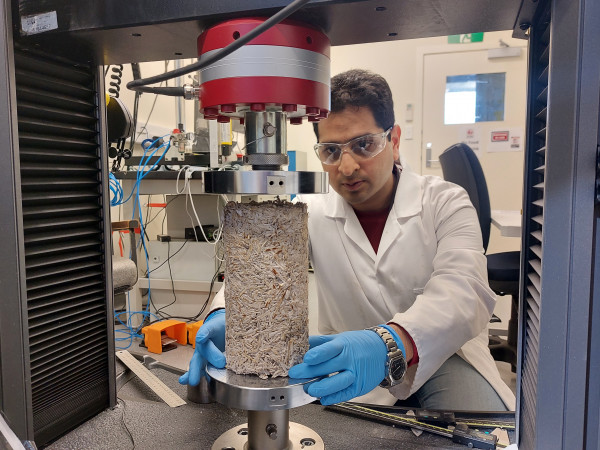 Dr Vineet is a senior research scientist with the Advanced Engineering and Materials team at Callaghan Innovation. His work sits at the intersection of developing low-carbon binders, carbon capture and storage, and improving the longevity of concrete structures. He was part of the multi-national development of low carbon emission cement, or Limestone Calcined Clay Cement (LC3). It can reduce CO2 emissions from cement by up to 40 percent. 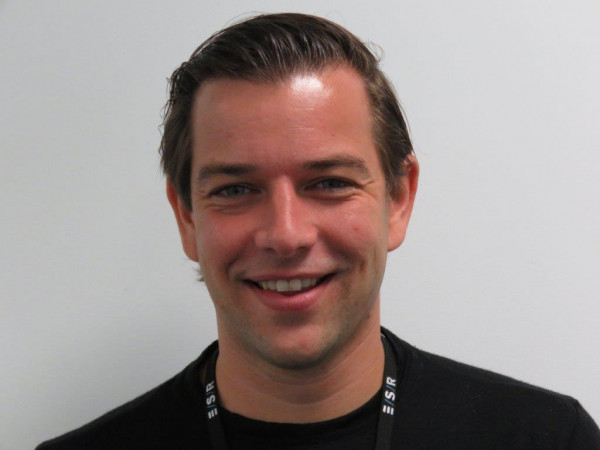 Maarten is an internationally recognised expert in forensic genetics, probabilistic genotyping, and forensic statistics. He is part of the team behind ESR’s STRmixTM forensic software that has revolutionised the analysis of DNA mixtures. Maarten has extended the scope of forensic software so it can help identify missing persons and the victims of disasters based on kinship and mixtures. Mike is a Principal Researcher at Scion who has made notable contributions in forest science, weed management, forest growth modelling, and remote sensing. His work has significantly advanced the knowledge of our forest estates adding enormously to the health and economic value of plantation forests across Aotearoa New Zealand. Paul is internationally renowned for his research on the impacts of climate change on pasture resilience and production. He led the establishment of a world-first facility at Flock House in Manawatu that studies the impact of elevated CO2 on plant and animal production in a managed permanent pasture. Called the Free Air CO2 Enrichment (FACE) experiment, it has operated continuously for 25 years and is still delivering valuable insights into pastoral farming. 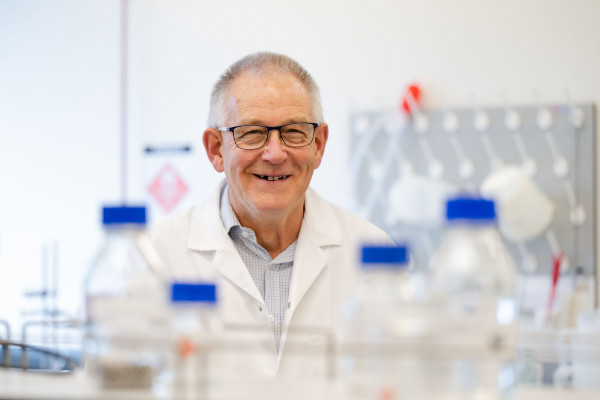 Daryl is an organic chemist at Plant & Food Research who has played a pivotal role in developing the organisation’s metabolomics capabilities. Under his leadership, his team developed a volatile analysis platform that enables genetic analysis and high throughput screening of plant populations. Rowan discovered the metabolite peramine leading to the development of improved pasture grasses. Mike is a Principal Scientist whose patents and research have been taken up widely in cell research, biomedicine, biotechnology, and nanotechnology worldwide. His understanding of the ‘electromagnetic signature’ of coins led to his involvement in the specifications for New Zealand’s presently circulating 10c, 20c, and 50c coins. Mike has an extensive record in helping firms in primary production, new materials development, water sensor technology, and in a mass-produced device for a ‘Pest Free NZ’. Surinder has built an international reputation in agricultural greenhouse gas sources and sinks, and the microbial processes regulating the loss of agricultural nitrogen to the atmosphere. With 156 peer-reviewed papers and over 100 presentations at major conferences, Surinder is among the world’s top 1% of scientists for impact in agronomy and agriculture. As a forensic toxicology expert, Helen makes a positive difference to the health, safety and wellbeing of communities across Aotearoa New Zealand. Her wealth of expertise in drug chemistry has been a cornerstone in innumerable trials, coronial hearings, and government panels ensuring the highest standards of science-based evidence is a core part of the judicial process and public policy in Aotearoa New Zealand. 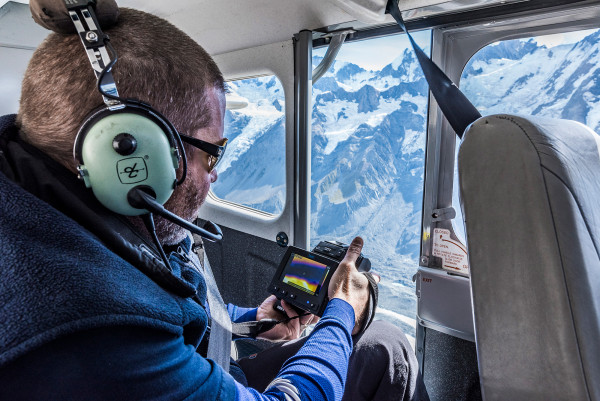 Rob is an emeritus scientist at GNS Science who pioneered the development of software that enabled three-dimensional sedimentary basin modelling in Aotearoa New Zealand. Rob’s wide-ranging expertise includes groundwater and mineral exploration, petroleum systems modelling, basin prospectivity assessment, and carbon capture and storage. In this later area, Rob has worked on projects across the globe. This Team has achieved a world first by hybridising coloured and non-coloured flesh blueberry types and laying the groundwork for an exciting new commercial crop for Aotearoa New Zealand. Until now, no-one has successfully managed to hybridise blueberries and bilberries as these two plants don’t naturally pollinate each other. The new berry hybrids being developed by Plant & Food Research will offer significantly higher beneficial health compounds than blueberries, making them a true superfood. 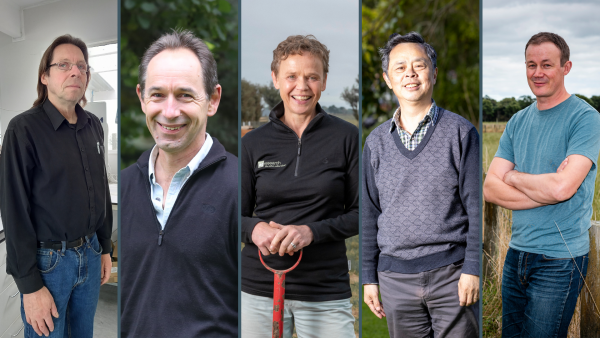 This Team has led the development of New Zealand-specific factors to improve the accuracy of calculating our agricultural greenhouse gas (GHG) emissions. Their work has resulted in major reductions to previous estimates of emissions: the nitrous oxide figure has more than halved and the methane emissions figure has been cut by about one third. As a result of their work, the accuracy of the New Zealand agricultural emissions inventory is considered one of the best in the world This team is contributing to the global fight against Covid-19 by helping to develop and manufacture and experimental vaccine to combat it. The Scion team designed fermentation techniques to produce vaccine material. It is hoped the new vaccine can be used in conjunction with existing vaccines to provide broader protection against current and future variants 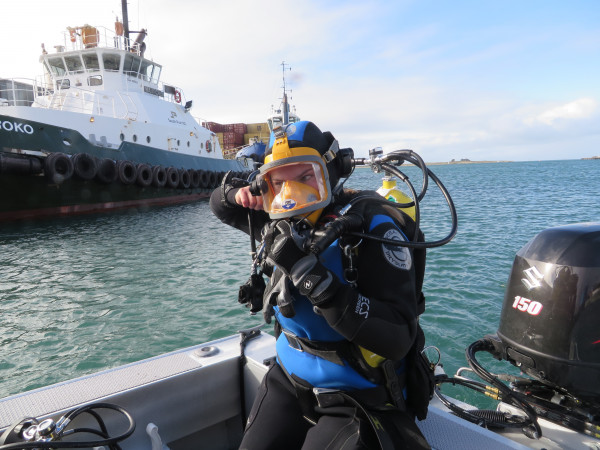 This team undertakes twice-yearly surveys of 12 major ports and marinas for early detection of unwanted invasive species so there is a chance of eradicating or managing them. In the equivalent of five years’ continuous fieldwork, they have sampled more than 90,000 locations for invasive species and detected 26 new-to-New Zealand species and 195 range extensions of pests known to already be in our waters. 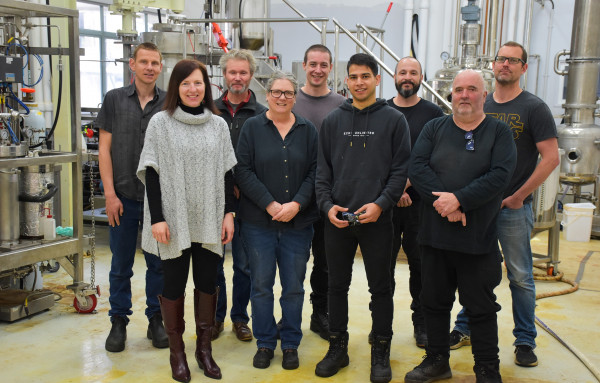 This team has a track record of working with New Zealand companies in the food, health, and biotech sectors to create export opportunities worth hundreds of millions of dollars. The Team operates a facility in Lower Hutt that enables companies to rapidly and cost-effectively develop and prototype new products or improve their manufacturing processes. This team harnesses the power of wastewater to understand drug usage trends in Aotearoa New Zealand. The value of their work means they have strong relationships with the health and justice systems. Their insights empower the health systems to see where support and resources are needed and direct them accordingly. Research shows that climate change and the resulting sea level rise is a major issue to be tackled in our lifetime. The New Zealand SeaRise Vertical Land Movement Team, of GNS Science, has helped us to understand where land is rising and where it subsiding, with a clarity that hasn’t been seen before. Their insights have painted a timeline of sea encroachment that is, for some communities, decades sooner than previously thought. This is enabling Aotearoa New Zealand to make informed planning and infrastructure investment decisions related to climate change. As well as being internationally regarded in fungi and bacteria science, the expertise of Manaaki Whenua’s Mycology and Bacteriology Team is invaluable in matters of biosecurity and biodiversity. As exceptional fungi enthusiasts, they were motivated to preserve the blue mushroom as an integral part of the Māori story behind New Zealand’s original $50 banknote design. Through correspondence with Reserve Bank staff, they succeeded in getting the iconic werewere-kōkako mushroom elevated from the bottom-righthand corner of the earlier design, to near the centre.